After a review of the effects of climate changes on food security and agricultural production, the chapter relates modern plant breeding, as opposed to farmers’ breeding practiced for millennia, with the decrease of agrobiodiversity. It underlines the contradiction between the unanimous recognition of the importance of biodiversity and the tendency towards uniformity of modern plant breeding, which, combined with the increased consolidation of the seed industry, is causing a dramatic decrease of cultivated biodiversity.

This is exactly the opposite of what is required to adapt crops to climate changes. Although a suite of traits play an important role in the adaptation of crops to climate changes, it is also important to recognize that climate changes are a moving target and therefore the emphasis should not be so much on which trait to breed for but rather to adopt breeding strategies that allow a highly dynamic and efficient system of variety deployment in farmers’ fields.

Participatory plant breeding, whose technical aspects are described in detail, has the capability of increasing agricultural production at farm level by exploiting specific adaptation, thus increasing at the same time agrobiodiversity. 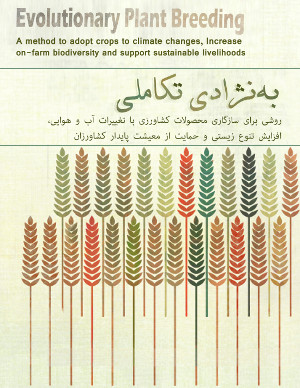 The Human Side of Participatory Plant Breeding: Interview with Dr. Salvatore Ceccarelli
✖