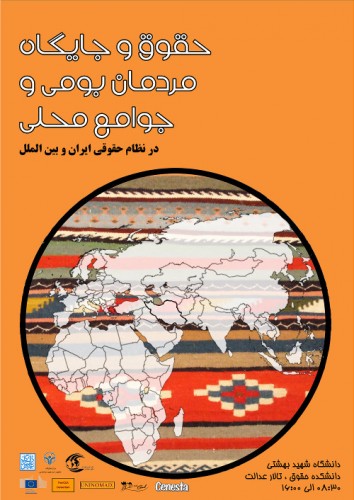 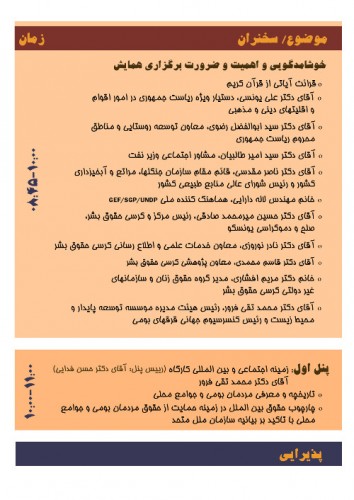 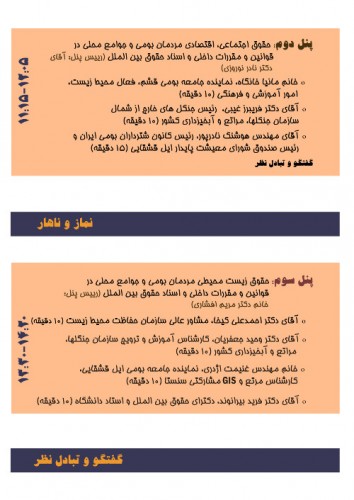 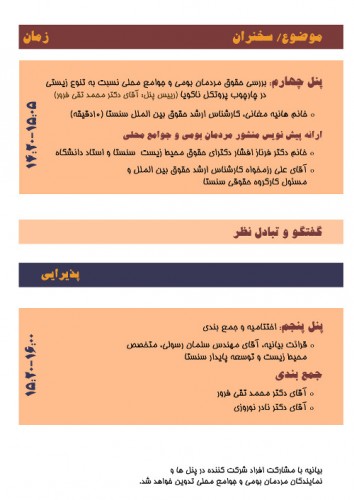 On October 12, 2015, the first seminar on the rights of Indigenous peoples and local communities was held by Scientific Research and UNESCO Chair of Human Rights, Peace and Democracy of Shahid Beheshti University and Cenesta in Tehran, Iran. 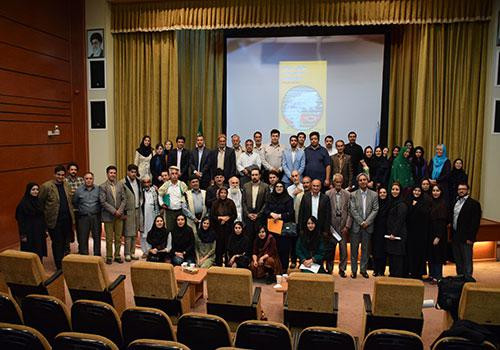 The programme was focused on the IPs and LCs’ rights in the framework of legal institutions at national and international level. Representatives from government offices, elderly and representatives of Local Communities and Indigenous Peoples as well as University Professors and students, experts in Law and Environment and local NGOs participated in this seminar. Guests to the seminar included Dr. Somine Lovera, PhD. In international law and head of Global Forest Coalition from Paraguay, and Dr. Swati Shresth, expert in history and social science and University professor from India.

The seminar was opened by Dr. Fadaee, director of education at the Chair, and then a message from the office of Cultural and Social Affairs at Ministry of Oil was presented by the representative of this office, Mr. Ansari.

After a short speech by Dr. Mir Mohammad Sadeghi, head of the Scientific Research and UNESCO Chair, and Mr. Zargar, Assistant director of rural development and investment office of the president, Dr. Taghi Farvar, head of the board of directors at Cenesta and President of ICCA Consortium, began his speech by stressing the importance of traditional and indigenous knowledge in today’s world. He described how he learnt from Indigenous peoples worldwide, after many years of academic education. He then explained the rich knowledge that indigenous peoples have acquired through real interaction with nature within thousands of years. President of ICCA Consortium then stressed, “First we need to get to know these peoples”. There are 1.5 million pastoralist nomads in Iran who are producers, yet they are among people whose rights have been neglected the most. 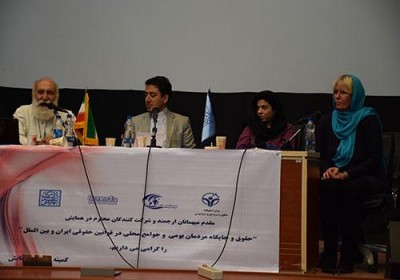 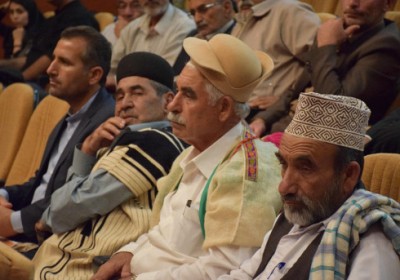 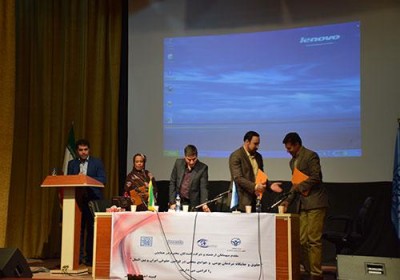 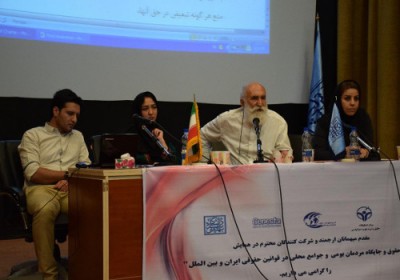 The Seminar then continued with the panel of Social and Economic Rights of IPs and LCs. Dr. Gheibi from Forest, Rangeland and Watershed Organisation (FRWO) of the government explained about the importance of indigenous peoples in nature conservation process and emphasised on the participation of IPs and LCs in reviving of natural resources. Also two representatives from local and indigenous peoples of Iran were among the speakers of the second panel. Ms. Mania Khangah, environmental activist and representative of the local communities of Qeshm island, explained about the formation of Women Committee in Qeshm, and its aftermath on the livelihood in marine and coastal areas in that island. Then Mr. Nederpour, head of union of camel herders of Iran (UNICAMEL) and head of the Sustainable Livelihood Fund of Qashqai tribal confederacy, spoke about the legal gap that prevents IPs and LCs to participate in decisions, policy making, management and monitoring in Iran. He mentioned that some laws and legislations exist in Iran, however, they are not properly executed. Another important speaker was Dr. Moqadassi, assistant director of FRWO. Dr. Moqadassi also stressed the important role of IPs and LCs in conserving the natural resources and emphasised on transmission of traditional knowledge to new generations. 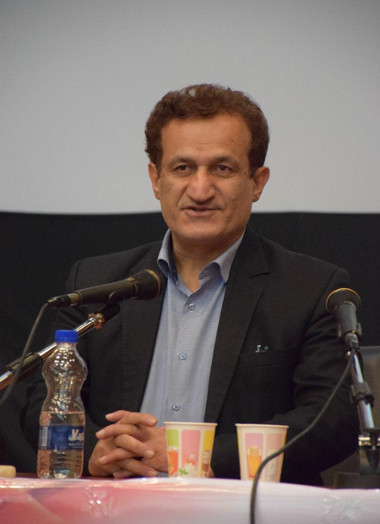 During the third panel Dr. Afshari, head of Women rights and NGOs department at the Chair classified the environmental laws related to IPs and LCs in national and international Level. The final panel was about international recognition of IPs and LCs, and the rights of indigenous peoples within Convention on Biological Diversity (CBD) and Nagoya protocol was highlighted. A draft of an SCEE chapter was distributed between the participants for further comments and suggestions. Closing event was recitation of the declaration on the rights of Indigenous peoples and local communities that was jointly prepared by the Chair of Human Rights, Peace and Democracy and Cenesta. 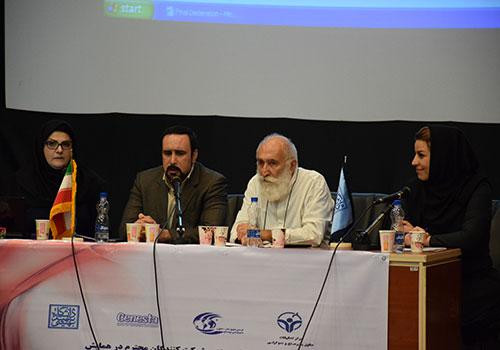