This poster has been accepted for the Inter-Drought IV Conference, 2-6 September 2013, Perth, Australia.

In 2008-2009 we started an evolutionary plant breeding (EPB) program for rainfed barley utilizing 8 kg of a mixture of 1600 F 2 populations received from ICARDA. The seed was planted in a farmer’s field in Dalahoo region, Kermanshah, West Iran. In spite of late sowing, undesirable in that cold region, the farmer noted its good performance and in 2009-2010, he planted the harvested seed on half hectare. (…) 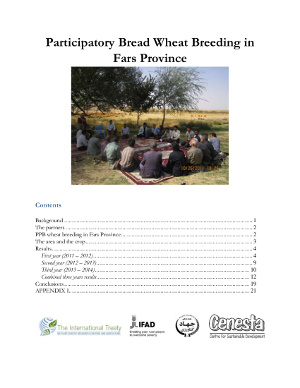