The Community Conservation Resilience Initiative (CCRI) was introduced by CENESTA at a workshop held in Poldokhtar, Lorestan Province, in .

The aim of the workshop was to reach a common understanding of the CCRI with tribal representatives. With the communities’ consent and collaboration, a host of participatory methodologies were developed including the articulation of indicators which the communities subsequently used to analyze their resilience. This bottom-up process has ensured a more involved and informed participation in the assessment.

In line with CENESTA and local communities’ ongoing project with European Commission on “Re-empowering Iran’s indigenous nomadic tribes: towards poverty eradication and nature conservation through diversification of income and wealth generation activities and the promotion of ICCAs“, extensive baseline research and gap analysis had already been performed by legal workgroup to achieve a better understanding of tribal communities’ de jure and de facto rights in regard with governance of their ICCAs. In addition to this, ecological assessment reports including biodiversity matrix and conservation status analysis had already been developed for each community. These together provided a strong baseline for CENESTA and national advisory committee to build upon.

After long discussions with UNINOMAD members, three assessment communities were selected in respect to their past experience on resilience initiatives. All three communities have come up with unique and creative initiatives.

This community is located in a very dry area in the Touran Region, Semnan Province. It is totally enclosed in a UNESCO Biosphere Reserve and is a part of a mosaic of protected areas ranging from National Park to Indigenous Conserved Territory. The Abolhassani have managed to show stunning resilience to drought using a combination of indigenous knowledge and innovative re-invention of complementary limited agriculture to their livelihood mainstay of herding.

This community is located in South Azerbaijan, Ardabil Province. Confiscation (à la land-grab) of the tribe’s wintering grounds by government and private sector some years ago has caused increased grazing pressure on the summering grounds which in turn have increased soil erosion and floods, destroying the habitat of red spotted trout (Salmo trutta caspius)—a major prey of brown bear, causing the latter to leave their natural habitat. The tribe has been reversing the cycle and will provide a good case of community conservation resilience assessment. 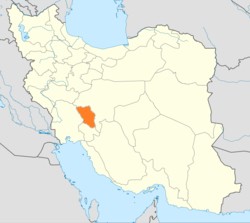 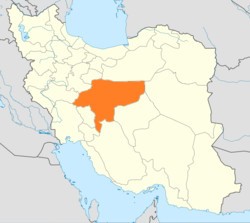 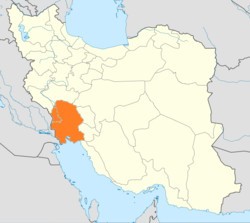 The Farrokhvand Tribe belongs to Mahmoud Saleh Sub-branch (baab) of Char-Lang Branch. It consists of four sub-tribes (tirehs): Fadaleh, Ghani, Morvat and Rahmat. The tribe has been developing a conservation plan in their ICCA, resulting in the rehabilitation of their mid-point territory and livelihood plans based on the restoration of endangered species such as wild mountain celery. This action has re-empowered them, and has restored the customary governance system and the tribe’s ability to conserve their territory-based ICCA.

Through the use of community inspired methodologies, a comprehensive set of indicators were recognized and assessed by the three assessment tribes. The whole process established a ground for communities to review and assess how their initiatives have worked, on different aspects, in terms of improving the communities’ resilience in copying with environmental shocks. Based on these assessments recommendations were given by the community, most of which implied the need for a real change in official policies. Having the assessments in hand, the three assessment tribes would come up with a more accurate community conservation plan, which would be proof of their competence in governance of their resources, and this would support them to gain recognition of their ICCA.