The Centre for Sustainable Development (CENESTA) is a non-governmental, non-profit organization dedicated to promoting Sustainable community- and culture-based development. Its main area of work is Iran and South-West Asia, with programmes and projects in other parts of the world. CENESTA experts have also engaged in extensive activities in Africa, Latin America, Asia, and in the international area in general.

CENESTA is a member of IUCN– the International Union for Conservation of Nature and is a founding member of the ICCA Consortium—an international organization dedicated to conservation by indigenous peoples and traditional communities.

CENESTA works with a variety of partners, from local communities in Iran and other countries to local and national government agencies, universities, research organizations, as well as national and international NGOs. The UN bodies with which CENESTA and its experts have entertained collaboration include GEF/SGP, FAO, UNICEF, UNDP, IFAD, UNSO, and the UN Secretariat.

In addition, CENESTA is accredited to the Convention on Biological Diversity (CBD), the UN Convention to Combat Desertification (UNCCD), and the UN Framework Convention on Climate Change (UNFCCC) and European Commission (EC).

CENESTA has a small core of staff and a large network of associates– ranging from indigenous peoples and community-based groups to women’s associations and technical experts who act on the basis of common concerns and specific capacities. CENESTA staff and associates work in the context of project contracts and/or on a voluntary basis, contributing time as well as financial and material resources for the goals of the organization.

Cenesta has an alternative approach to development:

Sustainable, with the following dimensions:

For us, Conservation of Nature is inseparable from Sustainable Livelihoods;
Biological and Cultural Diversity go hand in hand.

Our point of departure for Sustainable Natural Resource Management is customary institutions, world views and science and technology systems.

One of our major missions is re-empowering the indigenous and traditional local communities (IPs/LCs) to take their destiny into their own hands via a self-management and/or collaborative management approach.

We value and protect cultural diversity

We promote and strengthen sustainable livelihoods of indigenous peoples and traditional local communities.

We are active in the following areas:

Cenesta is a member and has accreditations from the following organisations: 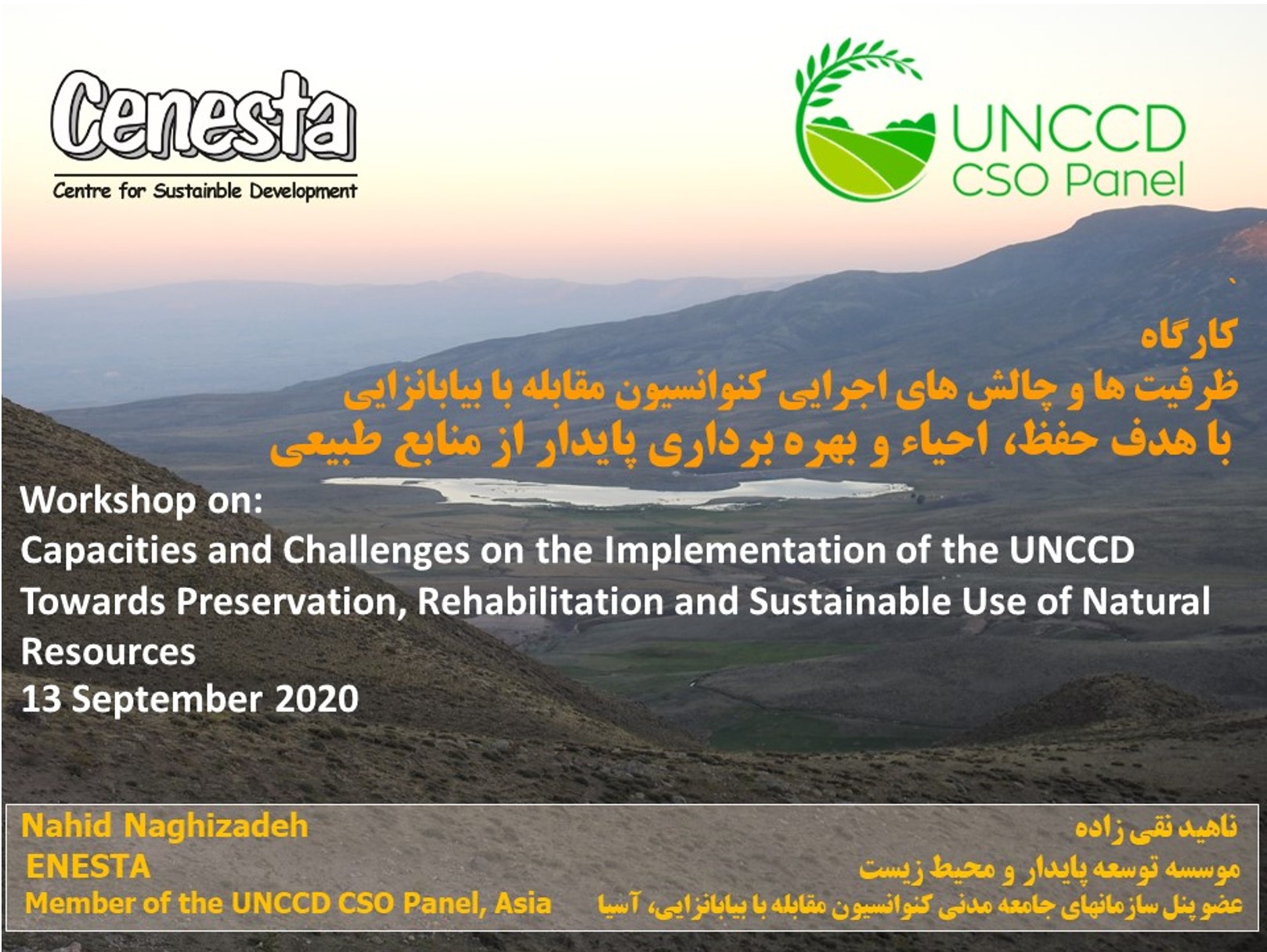 Minister of Energy’s declaration about water supply in Ardabil province

Meeting on Nutrition and Sustainable Development